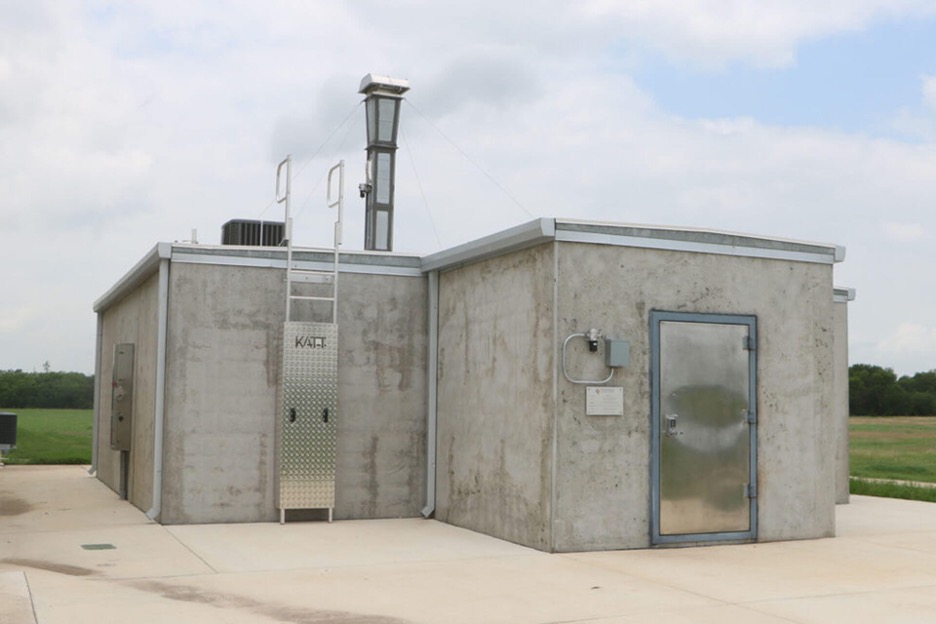 In an ideal situation, facility personnel would operate at a safe distance from potential accidental hazards. However, this is not always possible or practical, and essential personnel often need to be located closer to operations and potential hazards than we’d like. In those cases, it’s necessary to provide protection from the hazardous exposures, which sometimes means the need for a blast resistant building.

With a variety of materials to choose from, it can be tough to know which option is ideal for your situation.

Precast concrete construction is commonly used at industrial sites. This material offers distinct defensive qualities when used for blast resistant construction. As the original solution trusted for protective buildings, your facility might benefit from installing blast resistant structures made of this durable, ductile material.

Let’s explore why reinforced concrete may be the right choice for your next blast resistant building.

The history of reinforced concrete and concrete blast resistant buildings

In addition to ductility, reinforced concrete has good inertial and thermal mass properties, making it one of the best choices for blast resistant structures of all kinds. Bomb shelters during World War II, for example, made heavy use of reinforced concrete.

Construction practices for buildings in industrial and chemical plants changed over the years as the understanding of the hazards and mitigation approaches improved. This often resulted in high-occupancy permanent buildings being designed as blast resistant structures, and reinforced concrete remained a key option during that time. However, blast hazards were rarely addressed for temporary, portable building solutions which were brought on site for new construction projects where quick turnarounds were necessary.

In 2005, an accident in Texas City irrevocably altered the way worker safety was considered in terms of portable building design and location.

API RP 752 (permanent buildings) and API RP 753 (portable buildings) were written to ensure that all future buildings intended to house occupants would be sufficiently protective for workers in the event of an accident or hazard threat.

With the introduction of API RP 753, many facilities that did not previously have protective portable buildings suddenly needed to acquire them — and quickly. The immediacy of this need ushered in a new era of steel blast resistant buildings, thereafter designed and referred to as blast resistant modules (BRMs).

Steel quickly became the premier building material when construction began on these new portable protective modules. Why? Because of speed.

As portable, modular structures made of steel became popular across the country in the industrial sector, facilities began installing multi-unit complexes as permanent buildings, often closer to process areas. Blast resistant concrete structures — which until that point had been constructed primarily on-site — became less popular due to the time requirements for cast-in-place concrete buildings. 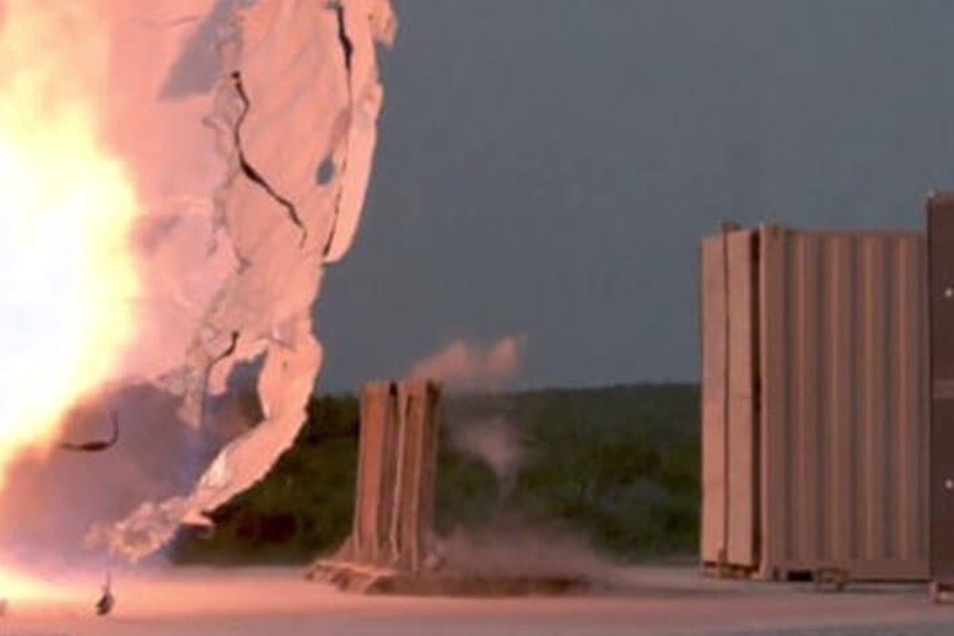 The return of concrete

Today, the building industry has once again evolved, and precast concrete has become more commonplace for permanent building solutions.

Precast concrete consists of building components (wall panels, columns, beams, etc.) that are cast and cured in a controlled environment off-site, and then transported to the building site. While this is an expedited construction method compared to cast-in-place concrete, it still takes time to erect individual building components to create a complete building.

The need for a modular precast building solution, one which offered superior protection and expedited construction, was identified and developed by FORTRESS Protective Buildings using a proprietary precast concrete modular design.

FORTRESS created a one-of-a-kind precast concrete building, designed by industry leader BakerRisk. These new protective buildings offer much of the same flexibility and convenience as pre-made steel structures while retaining concrete’s other inherent benefits. These advantages include excellent longevity and resistance against fire hazards and extreme weather. 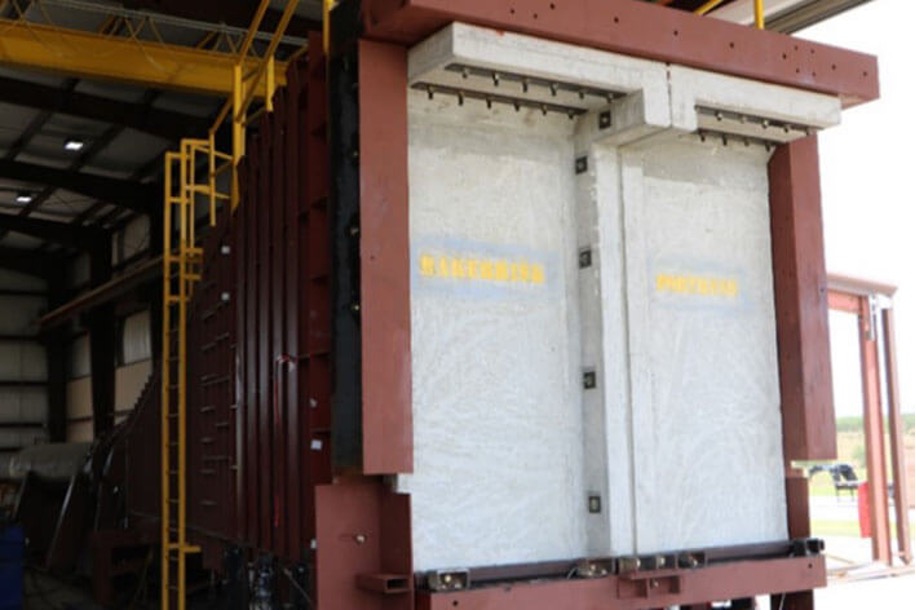 With the development of FORTRESS protective buildings, modern blast resistant buildings made of reinforced concrete are now a quickly deployable, turnkey option. Like the sturdy bomb shelters of decades past, precast concrete offers excellent protection for site personnel against a variety of dangers. However, this new offering provides that protection in a modular, efficient design package.

FORTRESS blast resistant buildings are constructed with precast reinforced concrete, taking full advantage of this material’s many benefits and providing protection from a wide range of hazards.

Reinforced concrete offers some of the best heat load resistance compared to other blast resistant materials.

Because it does not conduct heat as well as other materials, concrete requires temperatures to reach many hundreds of degrees Fahrenheit for several hours before it loses its structural integrity. Additionally, heat transfer to the interior of the building can be minimized when designed appropriately. As a result, reinforced concrete provides superior protection against fires compared to non-cementitious construction. 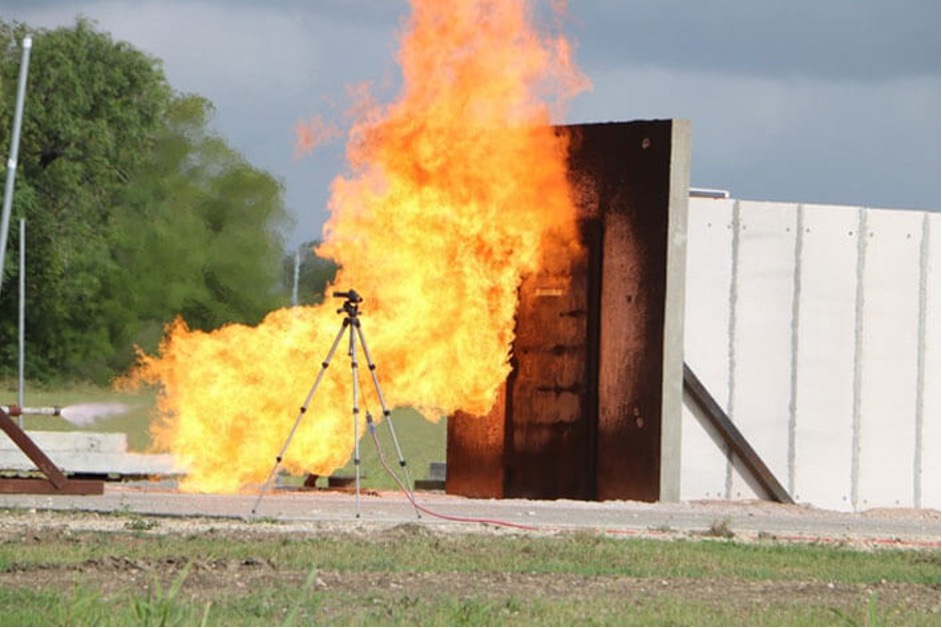 Of course, reinforced concrete is not just fire resistant. It’s also protective against fragment damage, defending personnel not only against the debris resulting from an explosion but also from extreme weather debris from hurricanes and tornados. 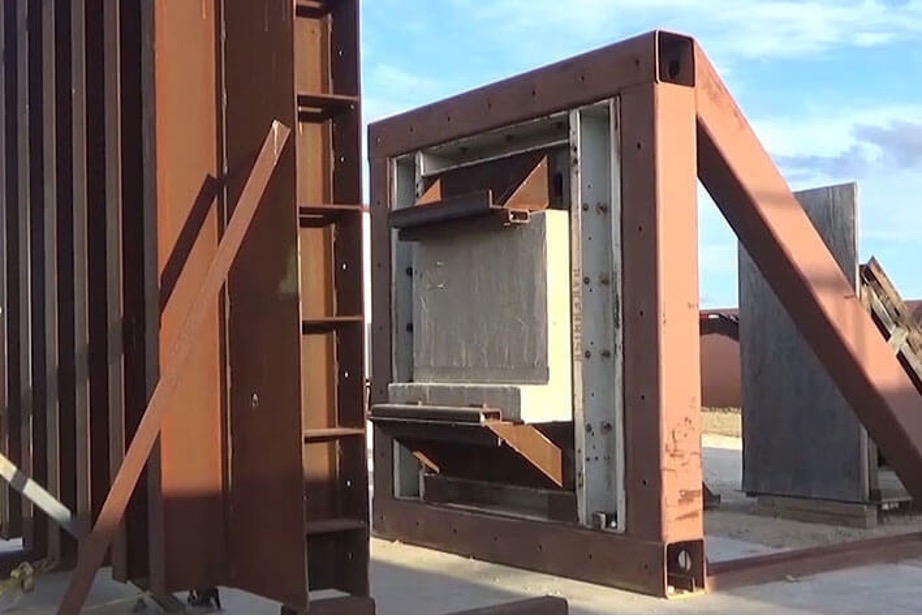 Reinforced concrete is also highly capable of resisting blast loads from explosions and similar dangers. Regular concrete already dissipates explosive energy well due to its mass, but thanks to the increased ductility provided by internal reinforcing steel, reinforced concrete can be designed to have low deformation under duress. This is particularly important to minimize internal debris from wall or ceiling mounted electrical, mechanical, and architectural items that are inherent in any occupied building.

FORTRESS blast resistant buildings take installation speed a step further by eliminating the need to design buildings from scratch. Because each FORTRESS is constructed from four pre-designed structure plans that can be configured in flexible layouts to suit different client needs, it’s even faster and easier to choose and install a FORTRESS when your facility needs one ASAP. 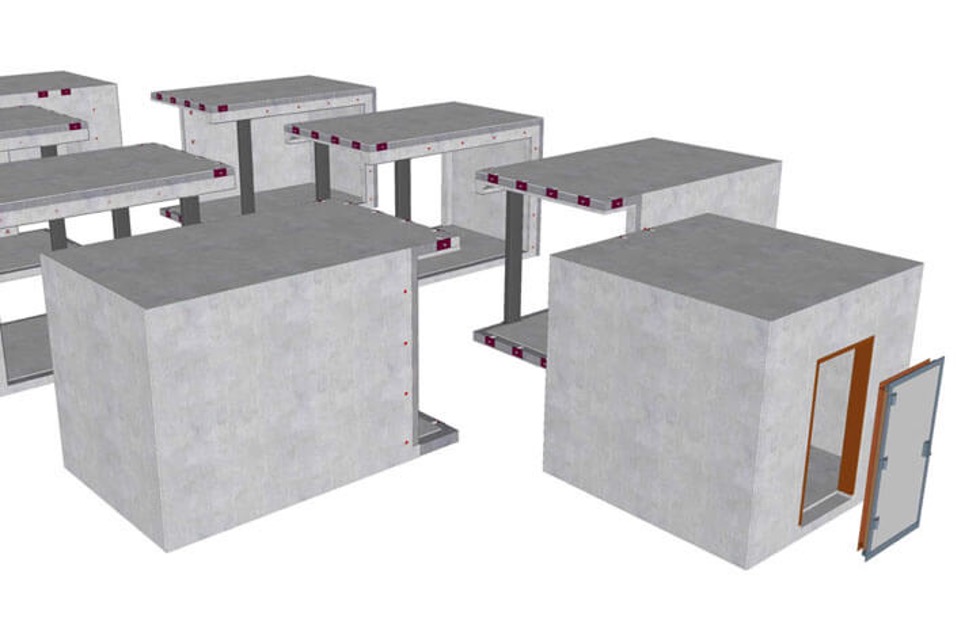 Depending on building size and function, FORTRESS’s reinforced concrete structures may be ordered, assembled, and installed on accelerated timelines. For some buildings, such as small guardhouses, a FORTRESS could be assembled in as little as three to five weeks once modules have arrived on site. For bigger, more complex structures, such as large control rooms, timelines can often be compressed to meet the client’s needs. The reduction in on-site construction time also mitigates site disruption and potential safety exposure.

Precast concrete – the ideal material for a protective building

The realities of on-site building placement limitations or facility designs mean that you can’t always follow the golden rule of operational safety: distance is your friend. Sometimes you need buildings near hazardous areas for operational response or monitoring.

When distance isn’t an option, a FORTRESS blast resistant building could be your best choice.