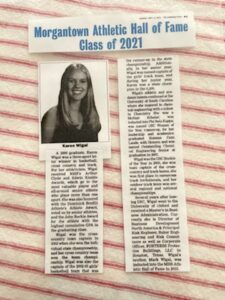 Karen excels in 3’s: she manages BakerRisk’s North American Region Business Development, she is a Principal Consultant in our Houston Process Safety group, and Secretary/Treasurer for FORTRESS Protective Buildings, LLC!  Karen’s history tells a similar tale.  In November 2021, she was inducted into the Morgantown High School (MHS) Athletic Hall of Fame in her hometown of Morgantown, WV.  A 2003 graduate, Karen lettered in basketball, cross country, and track.  She was a state champion in cross country and track, and her basketball team was state runner-up.

Karen received numerous awards for her athletic and academic achievements, which notably include: 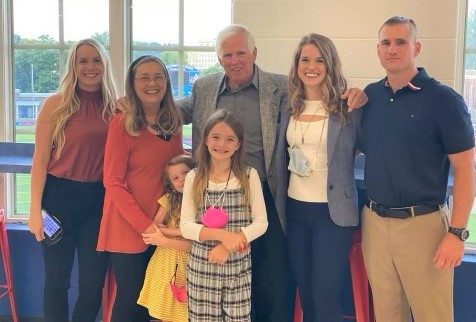 Karen, second from right, at the induction ceremony with her family. Her brother, Mark Wigal (right), was inducted into the MHS HoF in 2017 for his football achievements.

While Karen is honored to join the amazing student athletes previously selected for this award, she says the credit isn’t hers. An excerpt from her acceptance speech:

“So I will end tonight by saying that this honor really belongs to my brother, Mark, who was my lifelong inspiration. My parents will tell you this started when I was a baby, and I will tell you it continues today. I can remember crying because he wouldn’t let me stop practicing basketball until I made 100 shots from various marked positions, and laughing as we practiced Allan Iverson moves. My parents probably spent a fortune on spray paint as we painted 40 yard football fields on the farm to mark our punts, punt returns, and pass routes. I definitely learned to be tough when he would make me put on his pads so he could use me for hitting practice. Thank you, Mark, for being my best friend and constant cheerleader.”

Karen went on to the University of South Carolina where she continued to excel both on the field and in the classroom.   She was the USC Rookie of the Year in 2003 before later becoming team captain of the cross country and track teams.  She won first place in numerous track invitationals and her outdoor track team won several regional and national championships. 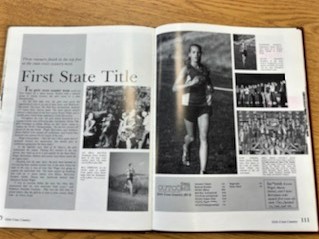 Karen, we are so proud of you, your accomplishments, your talents, and your warm spirit.  You are a valuable asset to BakerRisk and FORTRESS, and those who work with you.